30 July 2014 - Chemical Resources Division of TransRepo Industries is still attempting to reconstruct the exact make-up of final compound that contaminated employees were exposed to in the course of incident #C3CXX072814-1.  Philology Department of Employee Resources Division has managed a partial reconstruction of the remaining character markings on affiliated containers.  At least one associated element may have been imported from Parallel D4E as part of a routine Parallel trade route introductory development shipment.  While known biological specimens from Parallel D4E do bear physical similarities to Homo Sapiens (at least in initial appearance), there are obvious and varied contrasts as well.

Currently at 72 hours post-exposure, employees do not bear genetic markings unique to Parallel D4E although there are indicators of future potential.  Significantly, despite the clear passage of real-time as evidenced on all established recording devices, all three affected employees behave as though they are experiencing only an equivalent number of minutes.

Continued....
Posted by Thrandrall at 3:39 AM No comments:


Following analysis of conversations recorded on 28 July 2014 by associated legal personnel, the TransRepo Industries Board of Directors has re-designated Case #I3AXX072814-1 as #C3CXX072814-1 due to a combination of accidents and improper use of company resources - and will be heretofore referred to as such in all further documentation.  The affected employees will not lose their medical and personal benefits, but automatically forfeit any and all legal means of recourse against the Corporation.

The Chemical Resources Division is still in the process of determining the exact nature of the chemical compound(s) that these employees interacted with during the course of the incident.


The following transcript is excerpted from routine surveillance recording of TransRepo Industries Yakima Valley Facility, Industrial Decontamination Chamber M39 on the date 28 July 2014 - following the incident hereafter designated Case #I3AXX072814-1.  All involved parties are official employees of TransRepo Industries and are consequently entitled to full medical treatment and benefits - although final disposition is dependent on the legal findings as to their culpability in a hazardous chemical spill.


"I jus' gotta take a deep breath - I've still got this thing in the bag!"


"Gentlemen's rules clearly state that your elbow must remain in the center of the wrestling surface...." 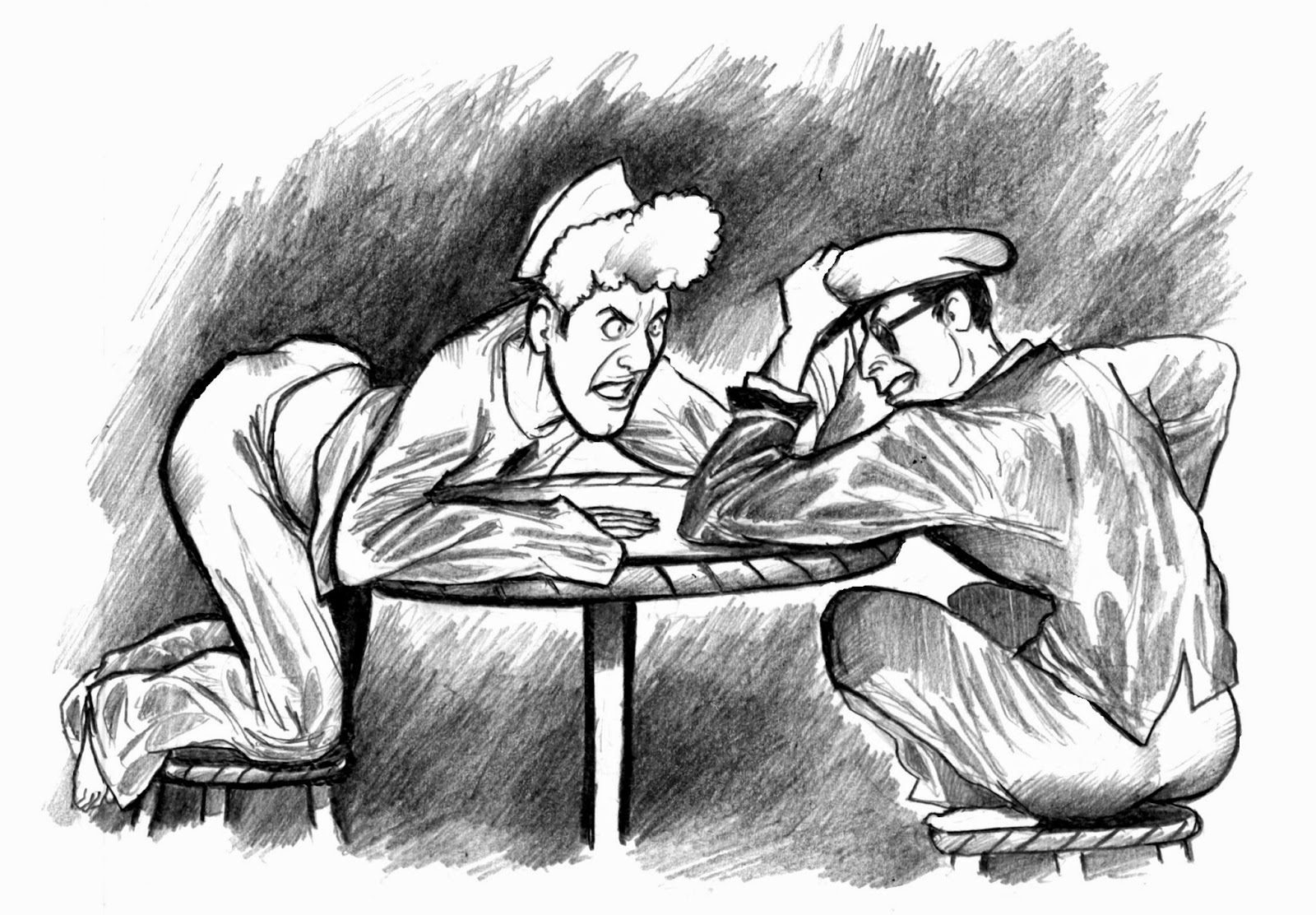 Continued....
Posted by Thrandrall at 4:33 AM No comments:

Continued....
Posted by Thrandrall at 2:44 AM No comments:

Aaaaand, we're back.  Apologies for the break in posting - work schedules, travel schedules, etc.  Thanks for your patience.

"I'm already getting a swelling in my trousers from the thought of beating you." 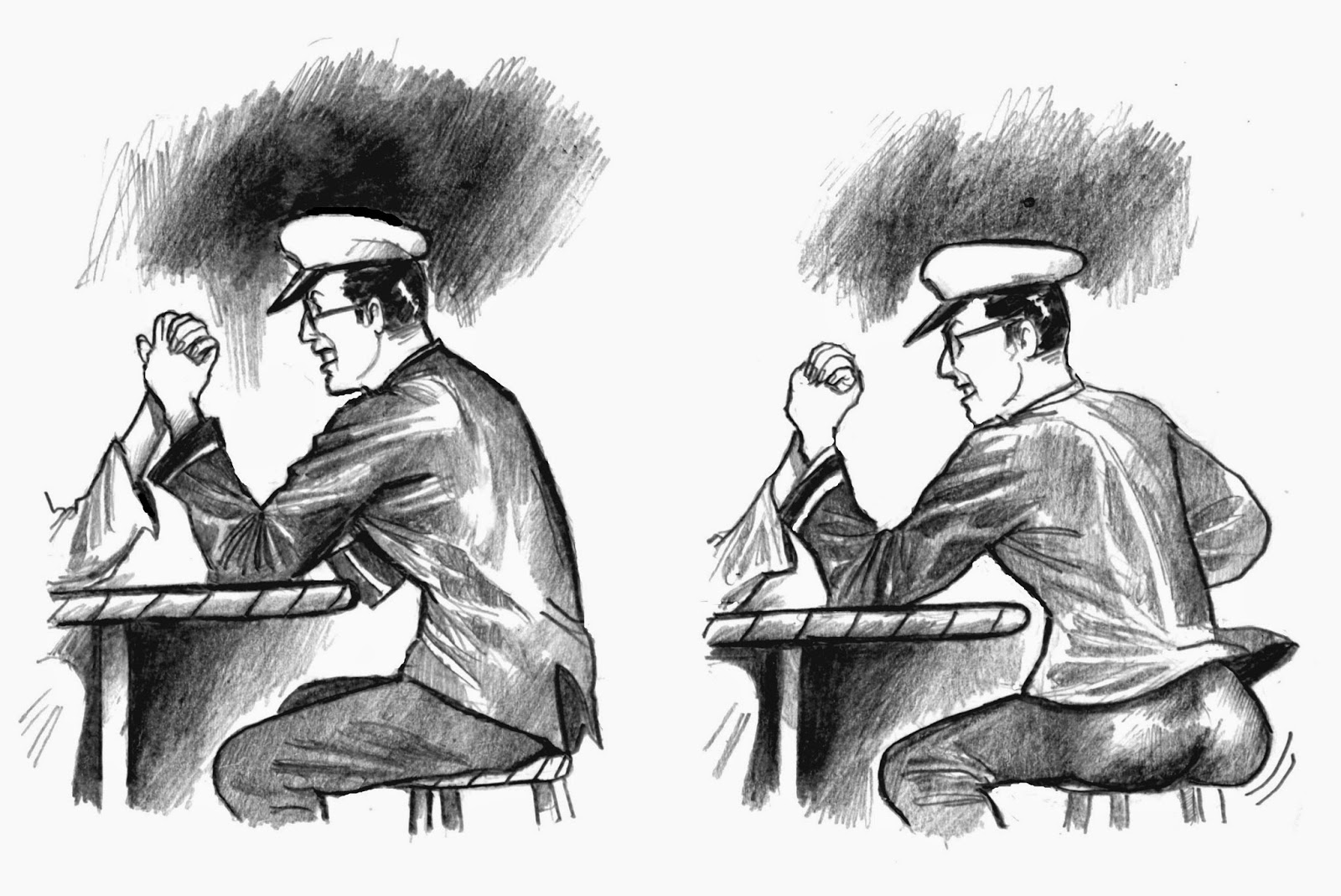 
First off, apologies for the lack of new content lately.  Still a number of large projects chugging along, but some of the smaller ones have taken a little longer than expected to see results.  That said, we do expect to have new stuff throughout the year.

This little piece by Pink-Diapers is a concept I've been wanting to adapt for quite a while - a riff on some of those old narrative comic ads you may have seen in comic books back in the 70s and 80s (and earlier?).  I wound up needing to extend it a little to cover what I wanted to see, but the concept may be familiar.

And the final visual of one character...that one's been bouncing around in my head for who knows how long....


"Strange, I don't recall the stools here being that comfortable."