Cobalt_k is back with another period pic of Mistress Arianna - sweet as always.  I believe it's from right before she headed off to the Western Front. 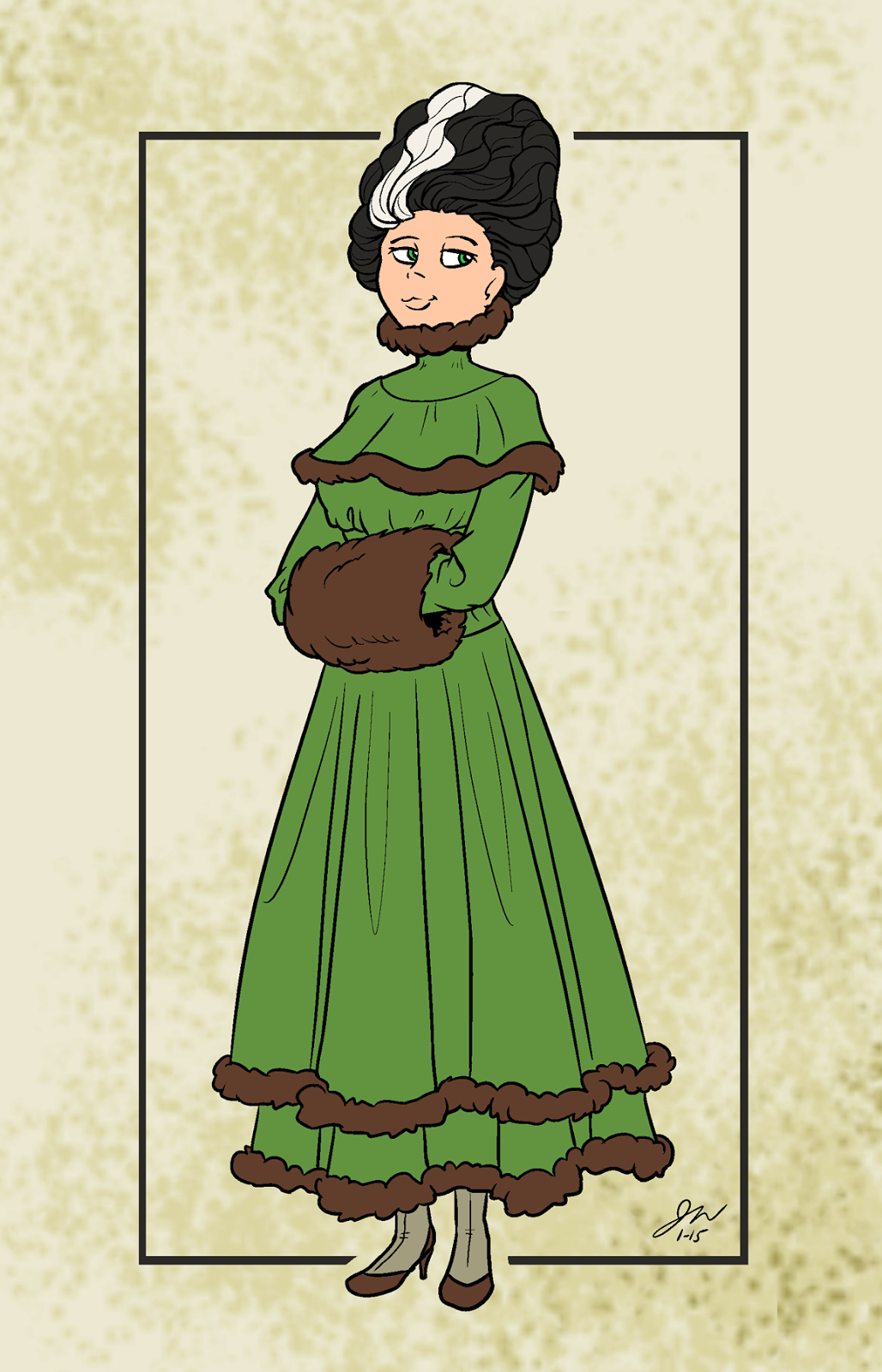 Posted by Thrandrall at 1:56 PM No comments:


"Here's to surviving another mission and celebrating another night at Ari's Joint!"

"Hoist it with the rest of us Duckem!" 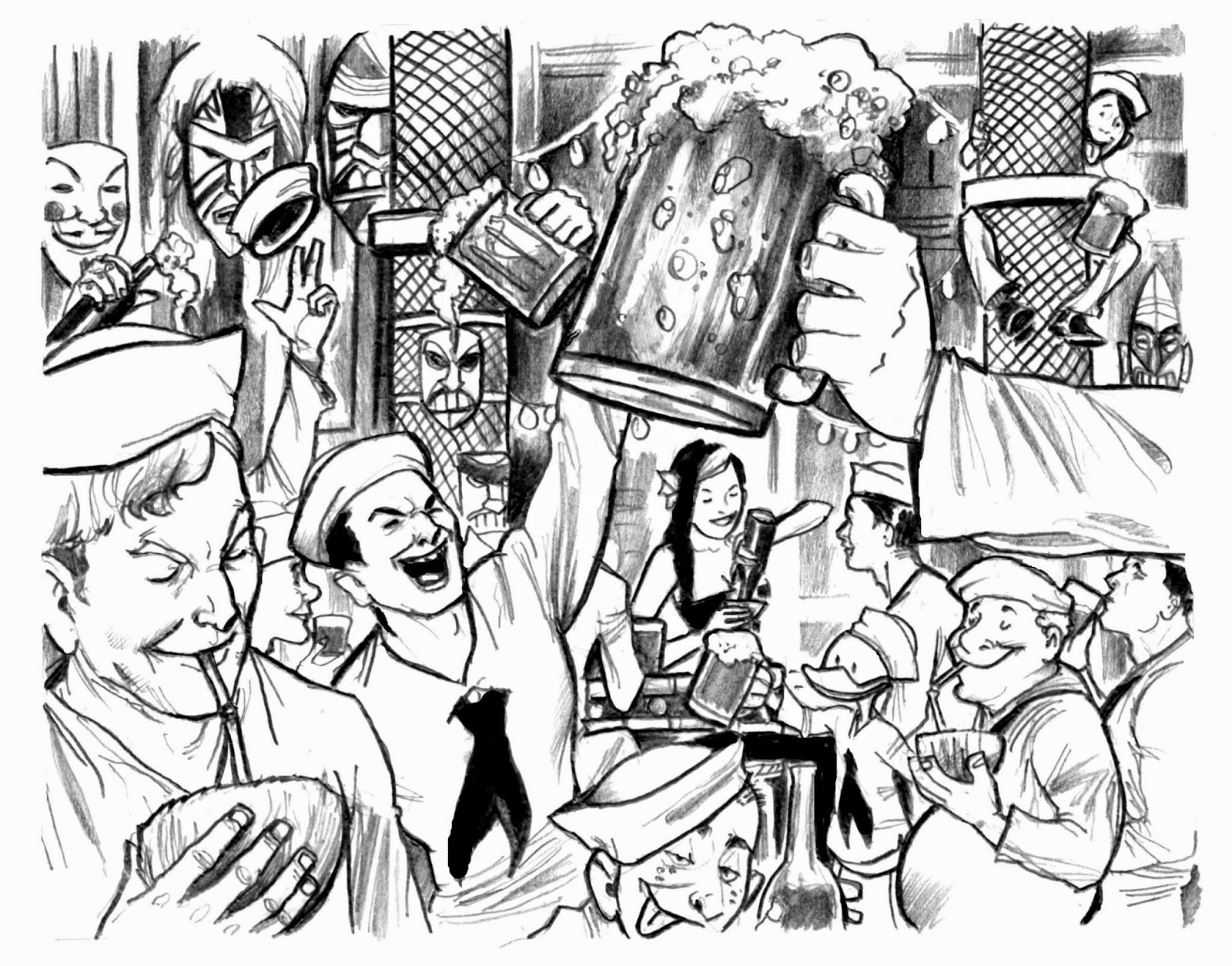 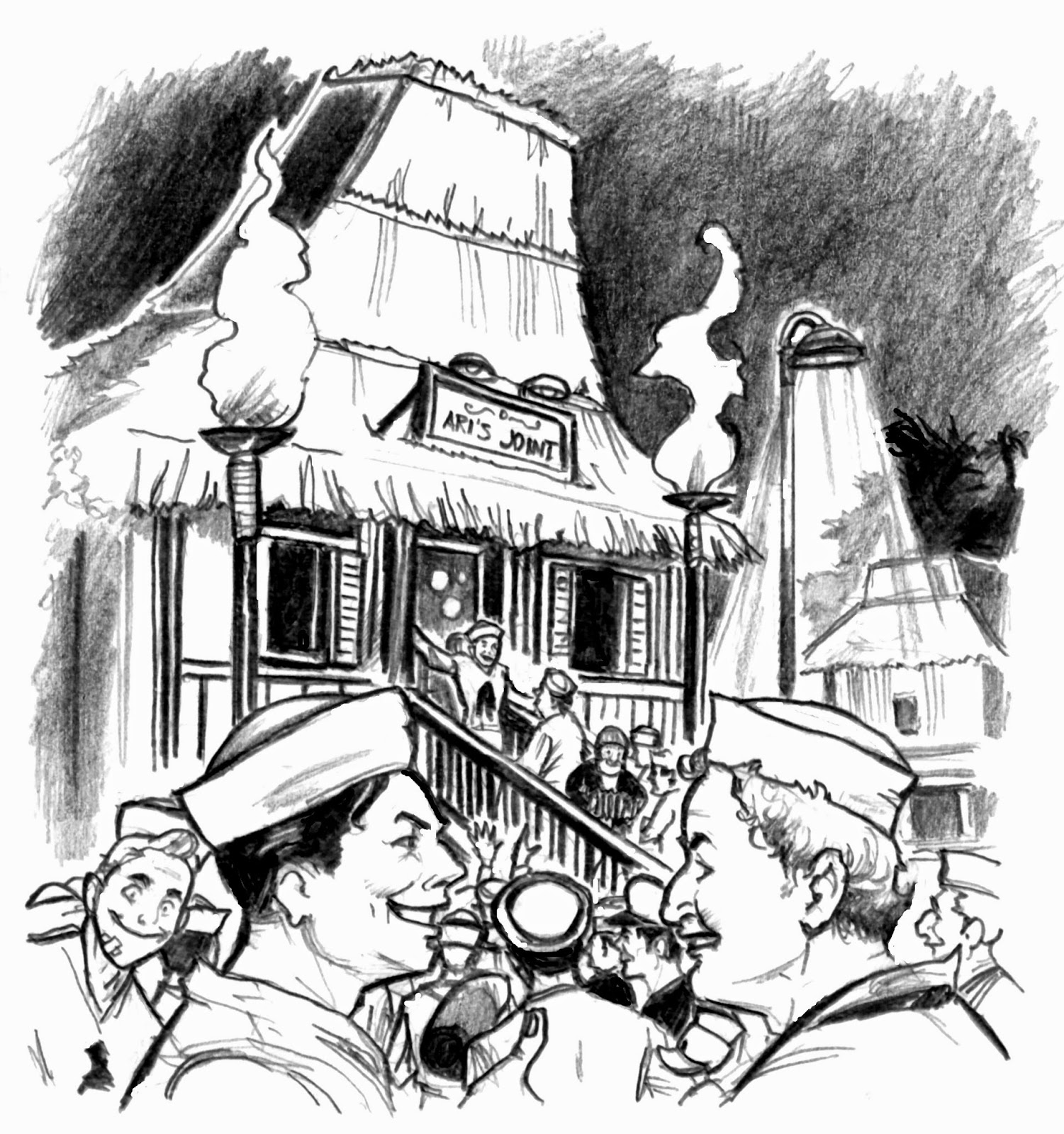 Continued....
Posted by Thrandrall at 8:29 PM No comments:


"No need for you gals to think of yourselves as down and out.  In fact, I've got a little job offer, a proposition if you will." 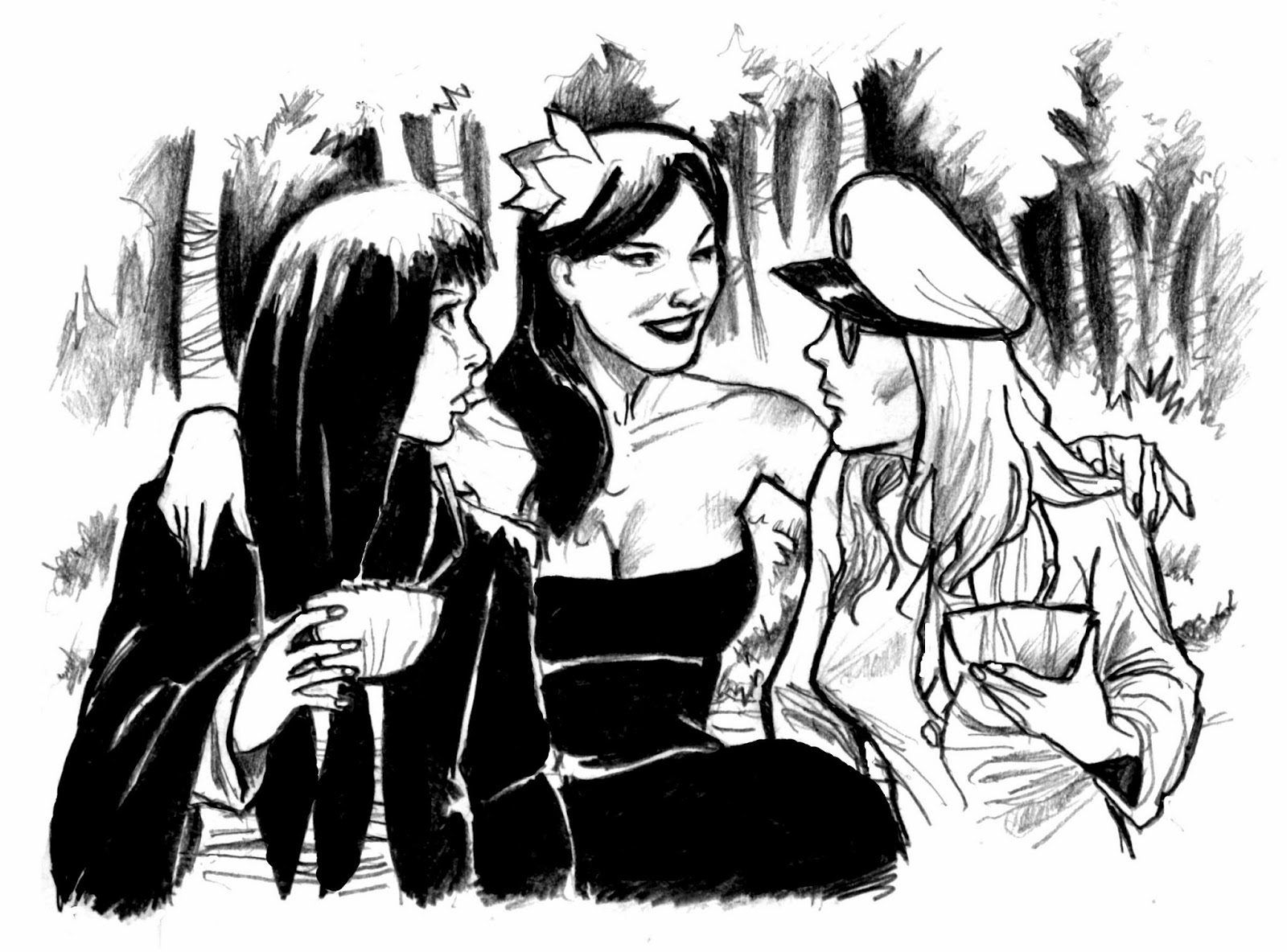 Janexas - Once More With Feeling (Conclusion)


Probably best not to antagonize someone who's handling your food or drink. 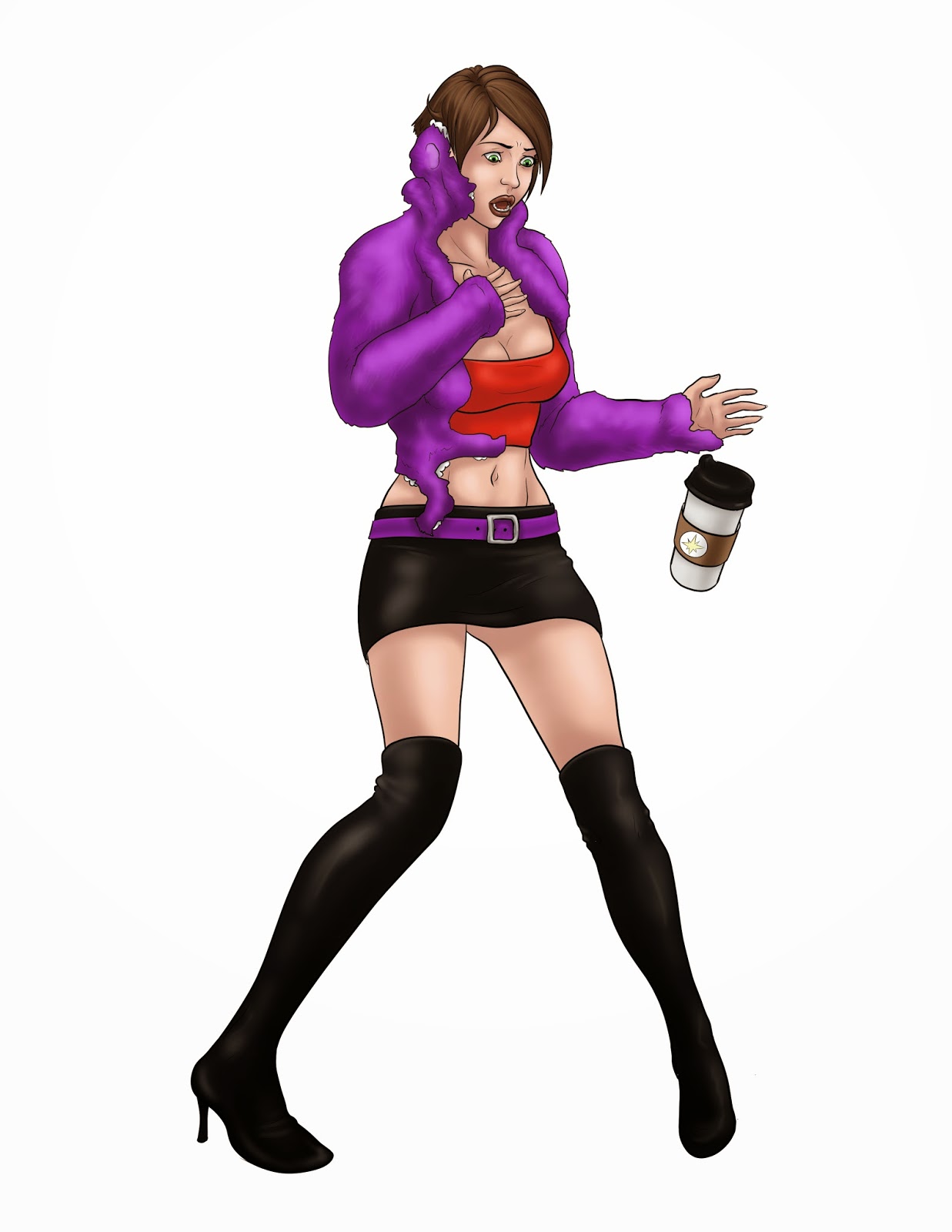 Janexas - Once More With Feeling (1)


Well, we've already established that I like this concept - and well....Janexas just seemed like the perfect artist to handle it again - and the eventual sequel.  Sometimes I just get hung up on tying things together nicely, and Janexas is such a great artist to work with (just look at those details in the reflections!) - I think this'll work out just right. 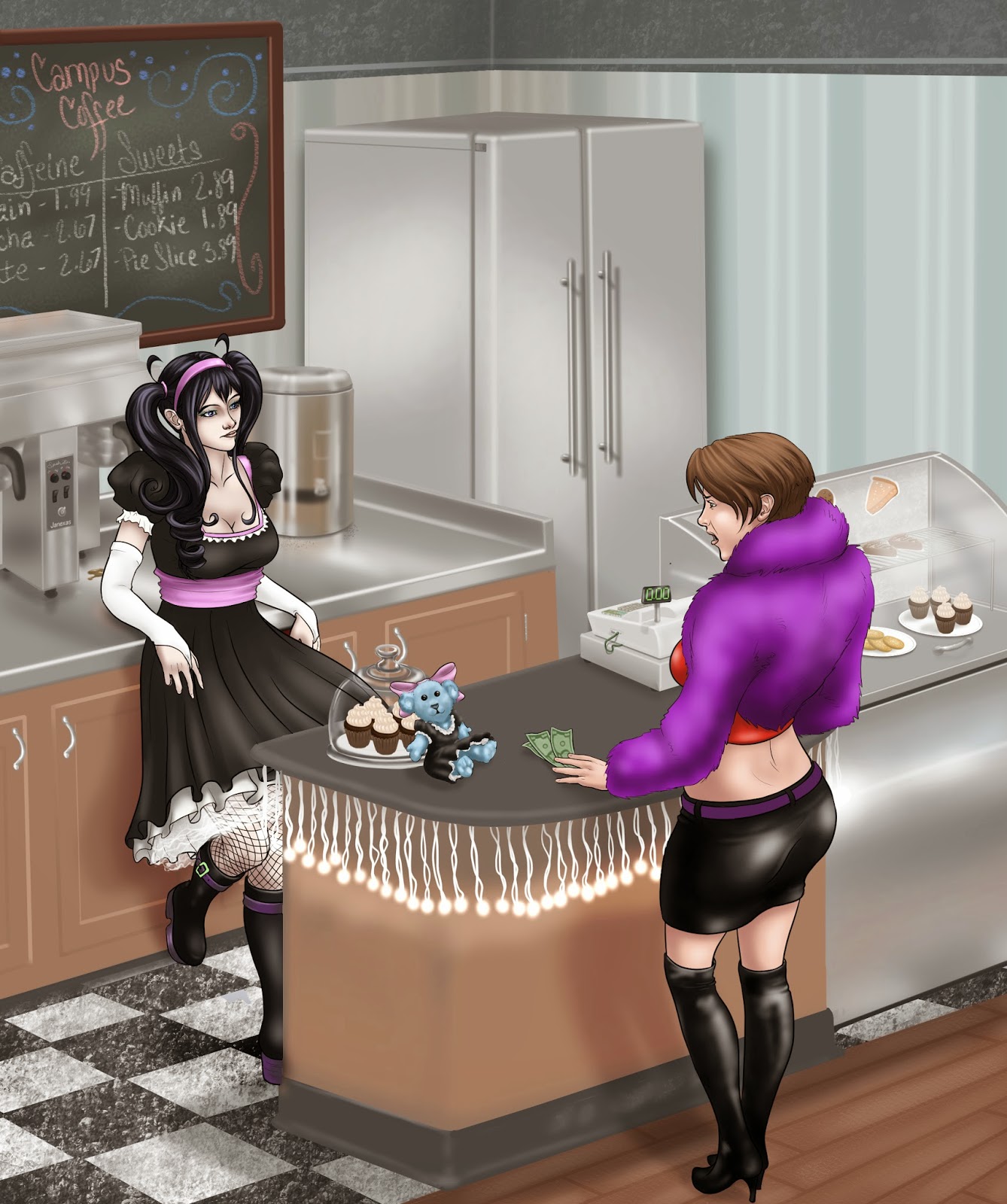 FWIW - despite the similar looks, this isn't Mistress Arianna - this concept predates all her projects - it's just a longer reworking of the initial sequence linked above ;p


"So girls - as long as you're stuck here - why not a little hair of the dog that bit ya?" 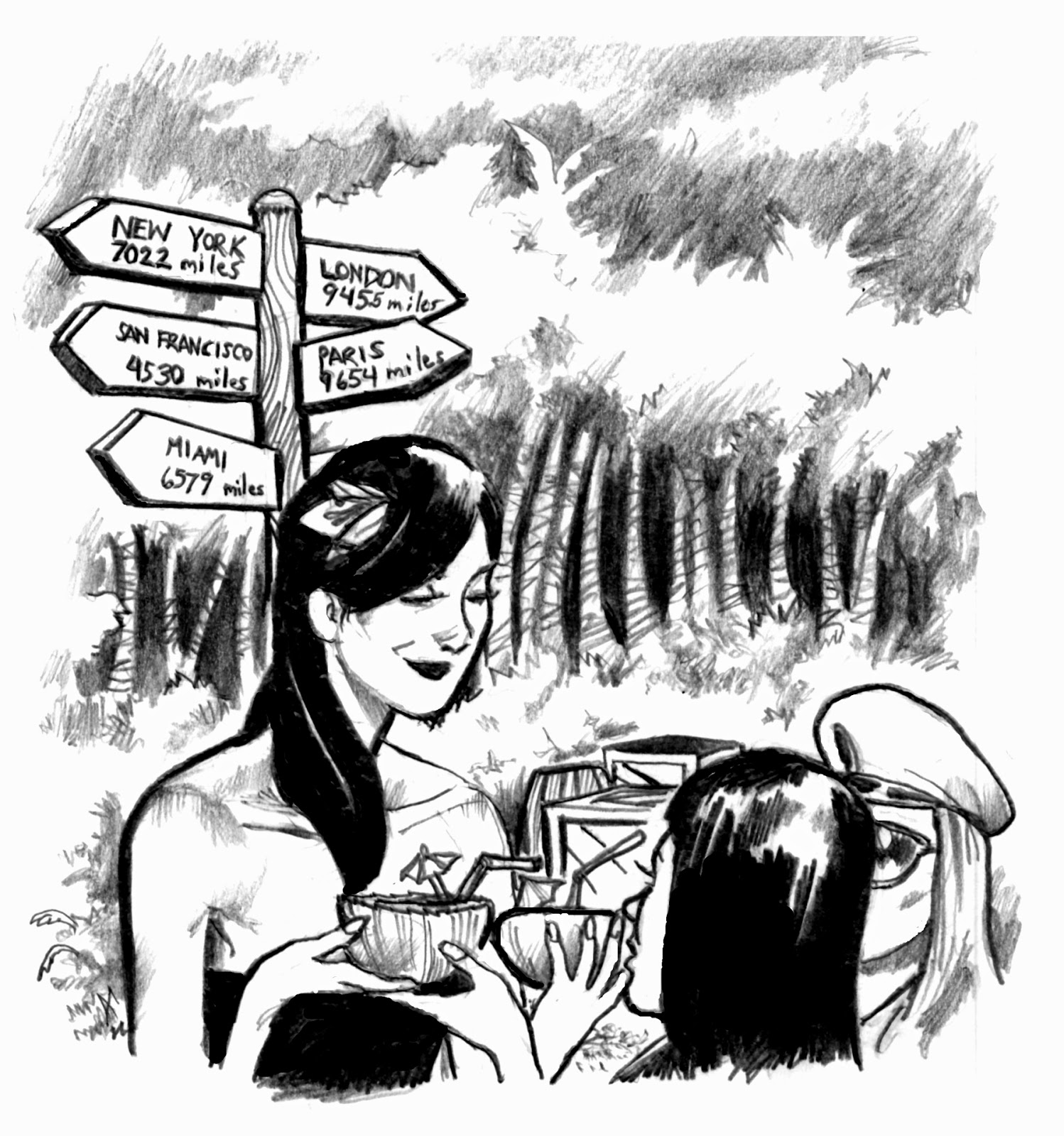 "Mind if I join you ladies?  It's always nice to ring in the new day on the beach." 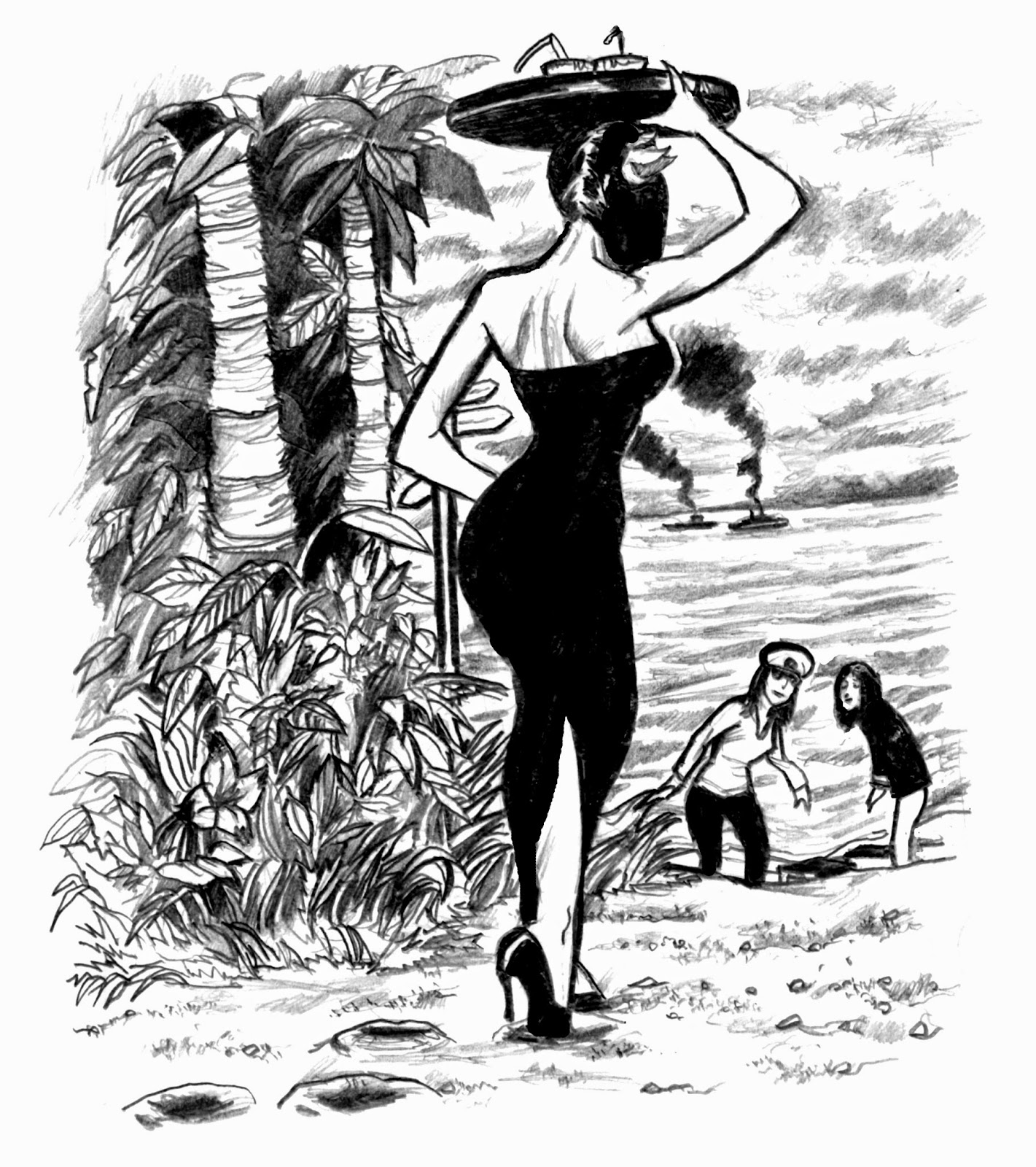 
Ok, this is the last set of pics from my first collaboration with the excellent team composed of Cobalt_k, theaubri and stargate525.  I'm very happy with how they all turned out.

Madeleine never used to be allergic to nuts....it all started after that free flu shot she got at work the week after Christmas.  Then again....her employer, TransRepo Industries - had already given everyone the annual inoculation back in September.  So why did she let herself get another injection in the lab on level 9? 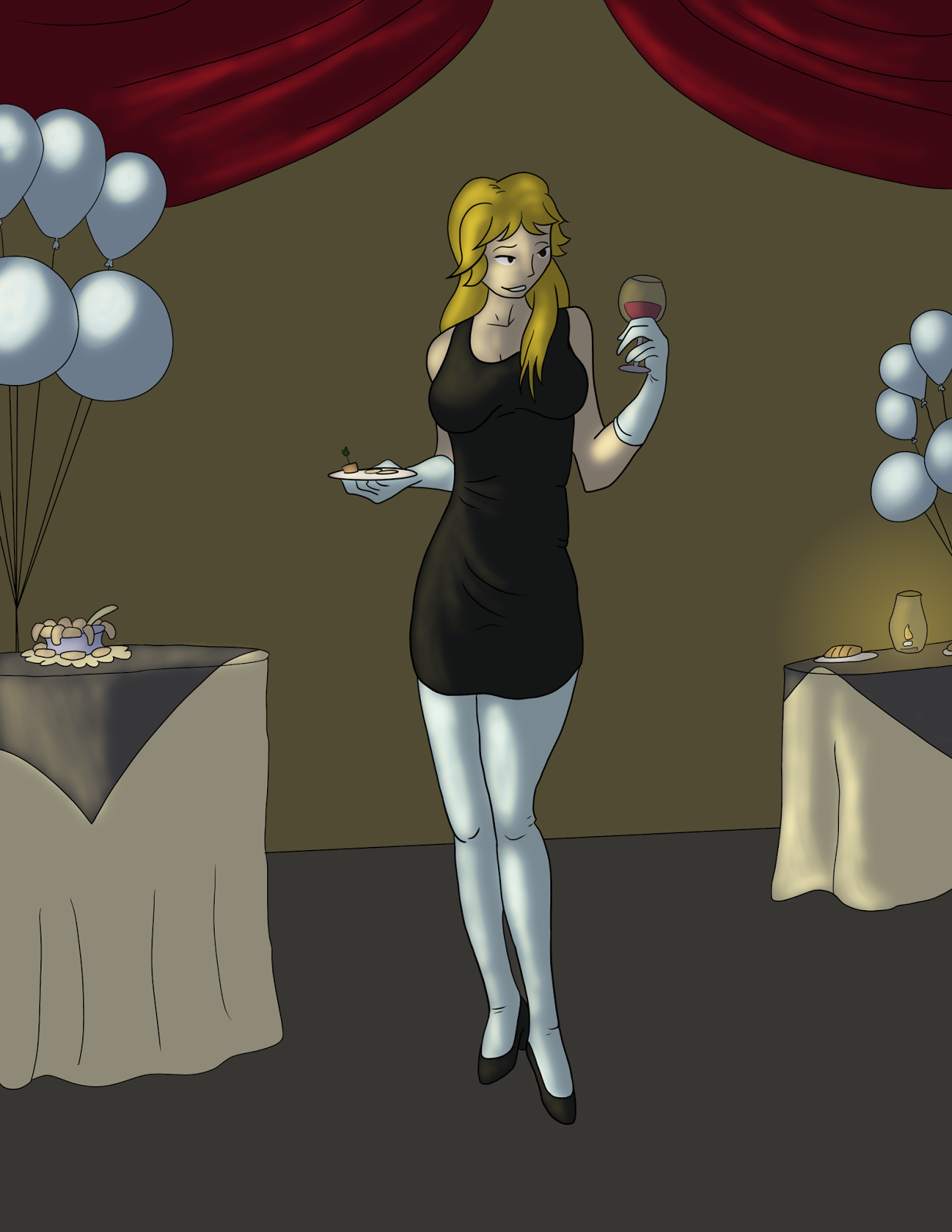 Continued....
Posted by Thrandrall at 4:44 PM No comments:


Another year, another set of fantasies to try and get off my chest ;p

I've got big plans for a number of different projects with a number of different artists this year - some new, some still outstanding from 2014, but I think you'll enjoy all of them.  After South Pacific Follies (not quite completed), I will be trying some more long-form posted-as-they-come projects from a couple different artists, attempting to tell more concrete stories (potentially more poignant too, I hope - albeit some still primarily non-verbal).

I also hope to develop both of my primary OC universes considerably more - Mistress Arianna with La De Baucherie Magique and the (in)famous TransRepo Industries (and associated employees).  There will be some intermingling as always, but I'm trying to give both more backstory and development - although what that will lead to in the future has yet to be determined.

I still have a number of donation art projects on the way too (about 5 currently in production, a number more in the planning stages) - between these and the long form projects, there may be fewer short pieces posted here - depending on resources and donation support - but that may change.  I hoped to have had more available last year, but schedules just didn't work out that way.

As always your continued support is greatly appreciated, both in comments and email feedback and in donation support - to me and the artists represented.  I have a rather unique project planned up front - that I hope to have in the works this month that will offer some slightly different options (stand by for multiple polls) - that will require significantly more direct input from you as the viewers - and I'll keep you posted as we progress.

Thanks - Have a Great New Year!

Posted by Thrandrall at 9:38 AM No comments: