16 August 2014 - This division has been unable to complete routine reporting protocols following a string of unavoidable technical difficulties.  Exceptions have been granted by Corporate Head Quarters, and the following reports summarize the consecutive periods beginning with 31 July 2014 through 3 August 2014 utilizing the extant video and audio recordings that survived the previously reported disturbances.  Technical Support is still attempting to determine the point of origin of the disturbances.

31 July 2014 - At 96 hours post-exposure the subjects of incident #C3CXX072814-1 are beginning to exhibit more symptoms of alarm - although as previously noted, they are still reacting as though time is passing more slowly for them.  That is not to say they are acting in any sort of slow motion or that bodily functions have decreased (vastly to the contrary as demonstrated by the cellular action visible), but it does appear as though short term memory retention has been impaired somewhat.  The following recorded excerpt was witnessed in several near-identical variations over the course of three hours. 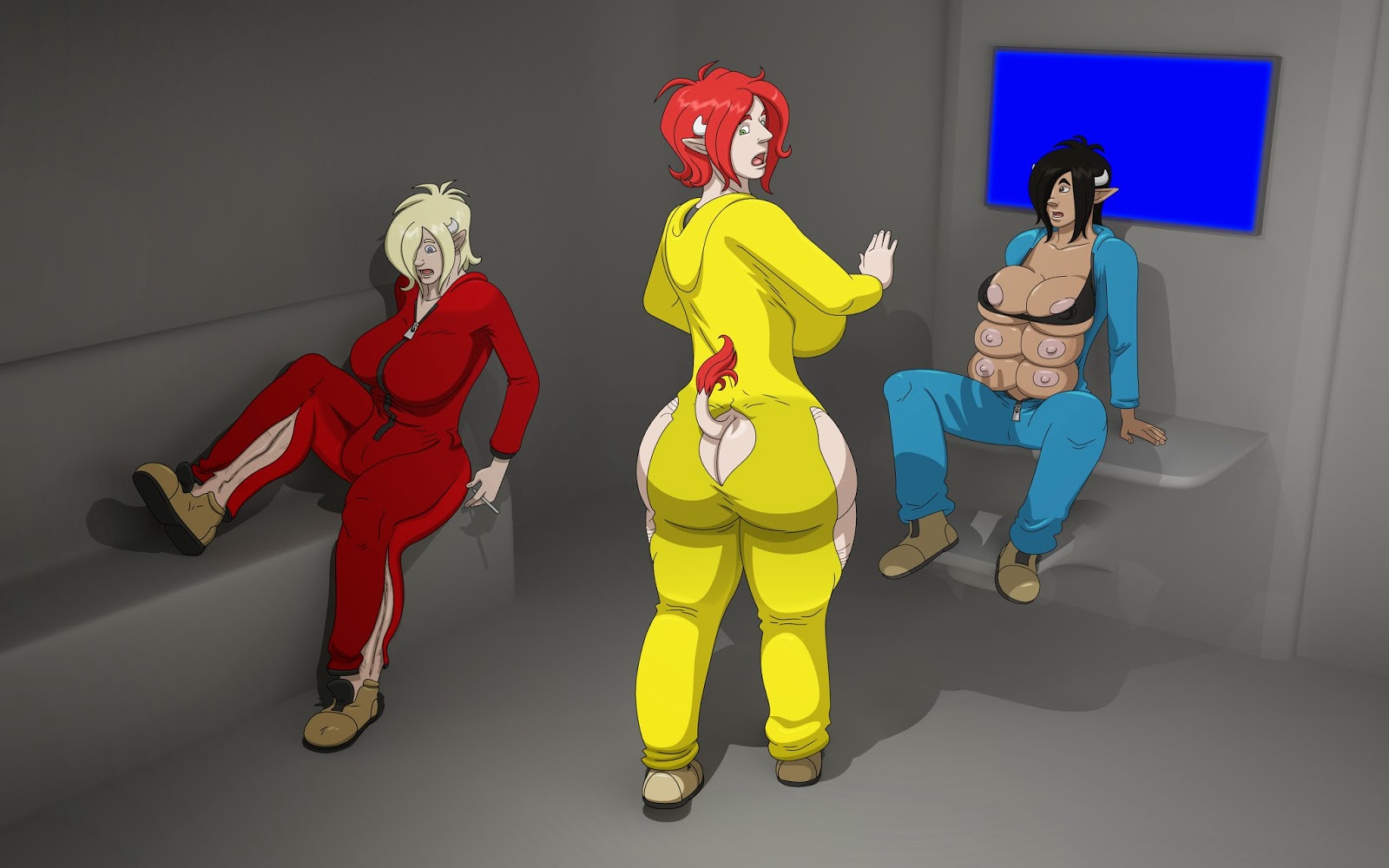 Yellow:  "Annnnnd, there goes the last seam...and here comes the draft.  Getting that AC all up in here!"

Red: "And she's a natural red-head after all.  Some of us did have our suspicions."

Blue:  "For some reason...I didn't think all of these would be so heavy...you guys have been putting up with this your whole lives...Suddenly I've got to deal with three times what you had at the beginning."

Yellow:  "You'll get used to it pretty soon...hopefully they'll give you some additional support pretty soon, otherwise we might be able to rig something from your coveralls."

Red: "Yeah, you should be ok in the long run.  Anyone care to take a look at my calves - they're really feeling pretty weird right now.  Not painful really - but the tingling makes me think I'm losing blood flow.  And I just can't bend over enough to get a good view."

Blue: "It's gotta be more than just your legs - looks like your boots are splitting too."
Posted by Thrandrall at 10:40 PM